A new standard created by listening to our customers.

A wider range of test requirements and higher test specifications.
A-series meets the needs for such a versatile test environment.
Advanced automatic energy saving together with a high level of functionality and a protected test environment.
A series improves the working environment of vibration testing. 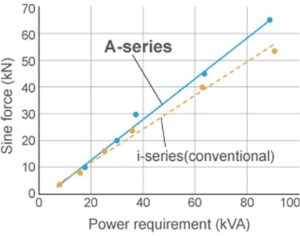 Standard 76.2mmp-p displacement
*Only for A30,A45, A65
A-series has a displacement of 76.2 mmp-p (3 inch stroke) which gives good balance between specification of velocity, acceleration and displacement. This single system can be used in a very wide variety of tests. 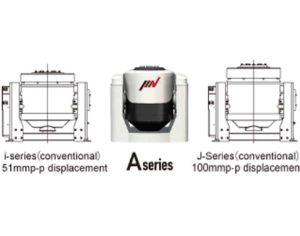 Increase in frequency range
A-series has wider frequency range than conventional systems.(Secured stroke of A30, A45 & A65 is 76.2 mmp-p based on mechanical stroke 82 mmp-p) 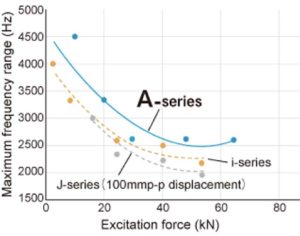 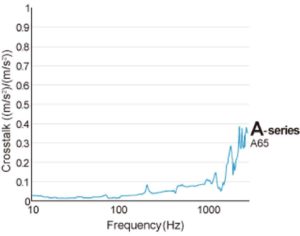 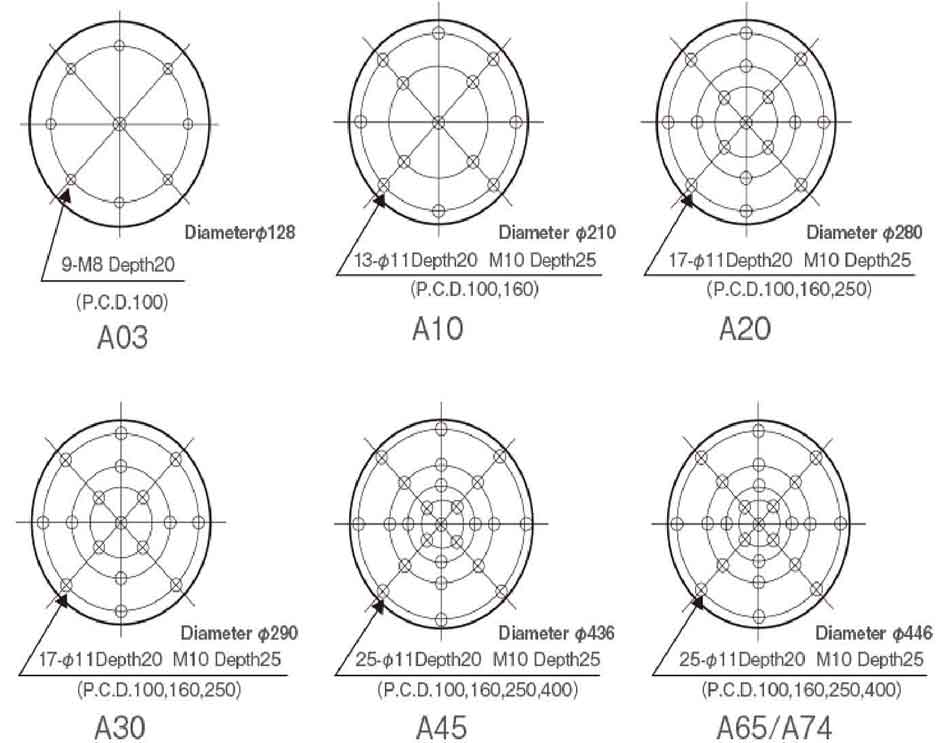